skip to main | skip to sidebar

Well its been such a long time since I've blogged. I've missed it. I really need to simplify my life and cut out some activities. Ive been feeling overwhelmed with alot of things and its time I start prioritizing and organizing any getting control of my chaotic life. I started attending the lds addiction recovery family support group meetings. And I am learning alot. The first step is honesty. I thought for sure that it would be the easiest, its not. The more I look and learn and study the more I learn about myself. I'm realizing that this program is not just a program for the addict but it's a program for everyone. Its scary and emotional but I also look forward to the meeting every week. Its kind of like a mini testimony meeting and I get a mid week spiritual pick me up. I gain new insights from people who are in similar situations. Its true that there are strength in numbers.
On a different note... My little Gage who is in kindergarten has core cards every month with different things that he needs to know. This month it was senses and special comparison and phone number. The mid month progress report said he needed help with his phone number which I knew. So we've been practing a little. Today after school I get this brilliant idea to write each number on a separate paper. Then I thought that we could turn over 1 number at a time until they were all turned upside down and maybe by repeating the number over 13 times he'd have it memorized. Well Coleton was sitting next to me and he asked why I was ripping little pieces of paper. I told him and he grabbed the paper and wrote the numbers lined them up and helped Gage. It was awesome. Remington came in and got on board and was cheering Gage on. I LOVE LOVE LOVE when they do stuff like that. By the end of our little "game" Gage seemed to have the phone number down.
Well I've rambled enough for now. Hopefully next time won't be so long between posts. Here's to hoping the rain/cold stays away for Remington's first playoff flag football game.
Posted by Amy at 3:59 PM 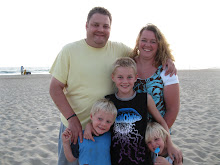 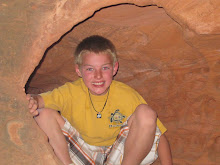 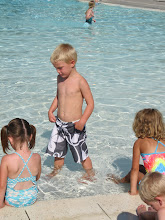 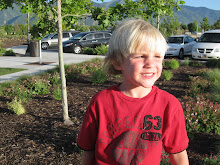